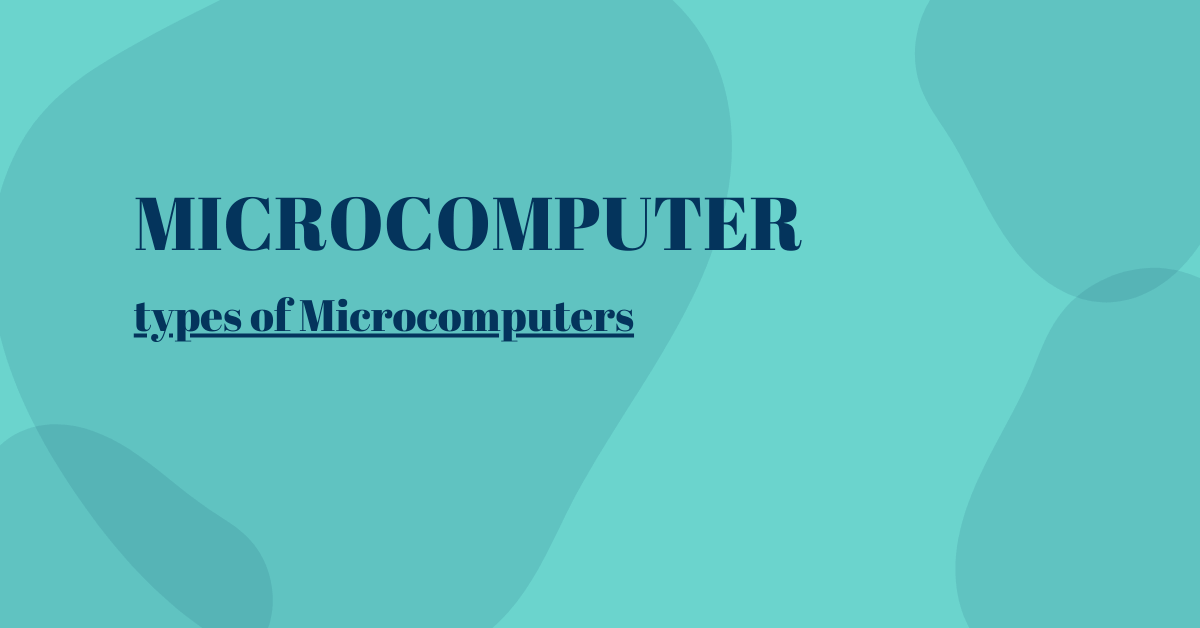 The concept of computers and their components is also clear on this blog site. Now we move to discuss small things so that users of this site are aware of everything related to computers. There are many things left that still need to explain more. By the time we complete them and give you the more information about computer world.

Read: How to Become a Psychologist.

Microcomputers are small or personal computers. The device includes a processor in one chip with memory and input/output ports. The interconnecting devices and motherboards are also included in these types of devices.

There are different types of microcomputers in the market. Some examples mentioned above. Now we see some more types and explain each of them.

The smartphone is a small mobile device used for different purposes. It is a tiny computer that has many functionalities. Basic functionalities include connecting with others using mobile calls and using social media. Also, it is a great source of learning.

Mobile devices these days are more advanced than from the last 10 years back. Now everything from phone calls to camera and calculator etc. is available in a small device. Every time mobile phone with us at any place. So the use of big server computers for small work is ending.

As compared to a smartphone, the tablet is big size device. Tablet used for gaming and other content consumption. Battery lifetime is also longer for tablet devices. The size of the tablet is between smartphone and tablet.

Tablets do not have a physical keyboard. Because of so many features, tablets are popular these days.

Laptops and notebooks are larger than tablets and smartphones. The laptop is from the lap, which means we can take the laptop in our lap and use it.

Notebook and laptop are 15 or less than 15 inches screen devices. With fewer internal devices as compared to computers, laptops are portable devices. Windows and other operating systems used in notebooks. Apple Company released MacBook in comparison to laptop or notebook.

Play station is an example of a game console. It is the best-selling game console in the market. After playing the station game console the Sony’s system sold more.

The last type of microcomputer is a workstation. The workstations used to share data between servers. Workstation is an interconnected device of many microcomputers. Which connected with another main server computer.

With the help of workstations, the organization saves much time and storage. Many works done using these microcomputers that connected with workstations.

Introduction to Computer – Ultimate Guide from a to z

what are the four main functions of a computer?

What is an Intranet and Characteristics of the intranet