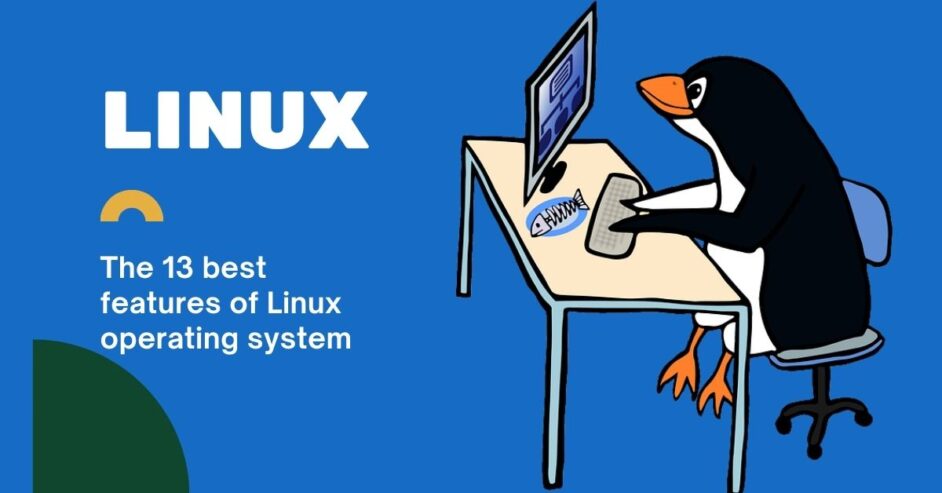 What is Linux Operating System

At first, Linux operating system made for personal computers. But by that time, Linux was popular and now it also works on supercomputers and servers. These days, Linux is no more a secondary operating system for users. Linux is powerful enough that people use it as their primary Operating system. Linux is use everywhere in the world. Like, home appliances, cars, home desktops, etc.

Read How to Become a CEO.

Features are the true reason to adopt something new. When we use a new thing, first we see its features and qualities. Another thing that we see is the advantages and disadvantages of that thing. In this article, we see the feature of Linux operating system.

The Linux feature that we discuss in this article is the following.

When you use any operating system. The thing in your mind is, is it ok with this system hardware? At the same time, when you buy a new system from the market. You ask the shopkeeper that, he must build a system that supports every kind of software.

The main feature that makes this OS different from others is it is free to use. Like Windows OS, you no need to buy a license key to use this. It is also open-source. This can help developers a lot. They can build their own custom software by using Linux source code.

Command-line means, you can talk with your system using commands. In short, you give commands to your system to do something. Actually, Linux is a command-line OS. So it’s easy for developers and programmers to run the system.

GUI or graphical user interface is the simple system we use like windows. In that system, we can’t need to remember codes or commands. As you read in CLI above, Linux is a command-line OS. But now to improve things, developers also release their GUI version.

End-to-end encryption means authentication of data. When you transfer data or receive data on another end that Linux makes a password to protect it. Data authentication means protecting data using passwords. So third parties can’t access the data.

The team of Linux OS updates its operating system time by time. The software update, patch old bugs, and launch new features. Every week or month, Linux releases new updates. These can save users to hack their data.

Linux OS is flexible software. It can give full access to the admin to improve. Admin can improve by installing specific programs in the system.

As you read above, Linux is an open-source operating system. It allows its users to use their code. Developers can use Linux code to make their own software. They can edit it or make improvements to it.

Linux is a multitasking operating system. You can work on multi-task at a time. When there is more than one work performed in a system. Then CPU power divides among them. Sometimes called it multiprogramming.

A good arrangement of file systems provided by Linux. All files are well manner and arranged in a sequence and hierarchical file.

When we talk about software security. Linux provides the best security and authentication to its users. As you read above end-to-end encryption and password authentication. Users all over the world move towards Linux OS because of its security.

Linux release many distributions. Every distro has its own functionality and property. Developers of Linux working on their system. They can improve day by day.When we talk about future trends, it’s hard to say anything.

But when you see updates and trends of Linux. Then in the next 10 years Linux not going anywhere.Now these days, the most latest distro of Linux is Linux mint 20.2. We update the post when new updates from the Linux release. So in connecting with us. Thanks.

That’s all the topic and things you read. Main this that we cover in this post is feature of the Linux operating system. With that, also you see the latest trends and the future of Linux. As we say, we can also update this post as we as Linux release new updates.

Introduction to Computer – Ultimate Guide from a to z

what are the four main functions of a computer?